When I say I love books, I mean it. I love the smell of new books and the feel of crisp pages in my hand. There is something magical and promising about a new book. It’s a new world ready to be discovered, a new solution to a problem a new way of thinking. It’s always an exciting discovery. I love reading books as much as I love ‘hunting’ them. This means for me at least that I go into a bookshop or a library without a clear idea of what I need or want and just start perusing. I never left a library without a good catch and usually more than one! I guess you can call me a nerd or a bookworm. But I always felt proud of my ‘addiction’ to books. This love declaration is here just to show you that when the end of October comes by it’s not only the time of Halloween for me. It’s more like an early Christmas because this is the time of a big Book Fair in Antwerp. Well known and not so known writers come to this event. There are books just about anything you’d like to read and too many ‘treasures’ to be discovered.

This time it was an extra special one for me because I got to meet and greet three of my favorite writers! Not one but three! They were: Tess Gerritsen a wonderful and witty woman, Nicholas Sparks who told a story behind the cover of his latest book and every woman in the audience began to tear up and Dirk Bracke a Belgian author who’s a master at telling stories of simple people with complicated social issues. These three authors are my modern day heroes. They are brave enough to share their views and ideas with the world, but also sometimes let others speak through their writing.

It means the world to me to have met them. And even more to have received their autographs, not because I’m a crazed fan and will put them at my alter… But because this is a physical proof that I have met them and I guess because it means that I’m not a nameless reader.

Here are the books that I’ve bought and their English counterpart: I know a Secret by Tess Gerritsen- English Version 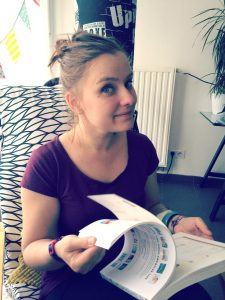